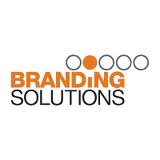 There are a variety of ways to utilize Branding (Your logo, colors) to promote yourself through the kiosk.  We will illustrate some examples in this section of how real companies have utilized the NV3 products and their branding to promote their company.

Sprint purchased a number of kiosks for tradeshows.  The branding of the Sprint logos and color scheme on the outside of the kiosk attracted attendees to the booth to charge their devices.  The message on the HD LCD screen was changed per show to highlight current promotions Sprint was offering on service plans and the newest devices available in the current market.  The results of this program have increased sales and brand recognition for Sprint.

T-Mobile purchased a number of kiosks for stores located in malls in the northwestern part of the country.  The phone charging service in shopping centers with the T-Mobile logos and color scheme on the outside of the kiosk attracted shoppers to the kiosk to charge their devices.  The message on the HD LCD screen was changed  to highlight current promotions T-Mobile was offering on service plans and the newest devices available in the market.  The results of this program have increased sales and brand recognition for T-Mobile.

AT&T has many corporate partners in which they push the AT&T service to employees with incentives.  AT&T placed an NTC-3212 in a common eatery area at NVIDIA Corporate.  This location received a lot of foot traffic on a daily basis.  AT&T would run incentive programs on the screen to increase the number of NVIDIA employee subscribers.  The branded kiosk was designed to pull customers from other carriers to the AT&T network.

WSJ purchased an NTC-32T with a multi-touch screen.  The entire kiosk was branded WSJ black with white lettering.  WSJ used the kiosk initially at the International Auto Show in New York City at the Javits Center.  The kiosk interface performed like a giant iPad, complete with app icons to direct attendees to WSJ news, headlines, YouTube videos, and other WSJ content.  After the show, the kiosk was relocated by NV3 staff to the WSJ world headquarters in Manhattan, to be used by WSJ employees and visitors.

The University of Alabama is one of the more recent customers in the College market.  University of Alabama has branded the kiosk with the schools logo, social media links, and a QR (Quick Response) code to direct student to a landing page. Currently the kiosks are displaying messages to the students that can be controlled by a central administrator on campus.  The NV3 digital signage solution allows for the staff to remotely change the content on all of the kiosks across campus from a central location.  The remote management tool can be used to push out messaging quickly on scheduling, up-coming events, emergencies, and closings.  The system can also display weather forecasts, RSS feeds, and a variety of other media.

Toyota is another company that has purchased a variety of kiosks and implemented them in over 100 locations. These include dealerships, malls, convention facilities, and special weekend events. The solutions include digital signage and a variety of standard and customized kiosks. The interactive applications were developed to promote accessories for Toyota and Scion as well as locate a customer’s closest dealerships and promote current incentives in shopping centers.  The digital signage consist of 4 screens per dealership controlled via NV3 DigitalSignage.  Each dealership has a player installed onto the corporate network, and video is transmitted via CAT5/CAT6 to the monitors.  This program has allowed the Toyota brand to regain credibility in the marketplace.